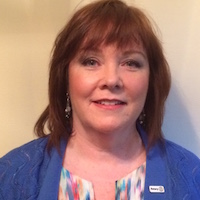 Dr. Morrison has been a psychiatrist in private practice in Naperville since 1992. She is the co-founder of Naperville Clinical Associates. Dr. Morrison received her undergraduate degree with honors in Biological Sciences from the University of Chicago and her medical degree from the University of Missouri-Columbia. She completed her internship in Internal Medicine and her residency in Psychiatry at Rush Medical Center in Chicago where she was Chief Resident in Psychiatry.

Dr. Morrison is board certified in Psychiatry by the American Board of Psychiatry and Neurology. She is a Distinguished Life Fellow of the American Psychiatric Association. She is a fellow of the American Society of Clinical Psychopharmacology and was awarded a certification in advanced clinical psychopharmacology. Dr. Morrison is honored to have been named a “Top Doctor” in the western suburbs by the Castle Connolly survey of physicians every year since 2013. She was named a “Top Doctor” in Psychiatry by Chicago Magazine in 2021 and 2022.

Dr. Morrison specializes in the outpatient psychiatric treatment of adult patients with depression, bipolar and anxiety disorders, including panic disorder and OCD. She has a special interest in the treatment of women with psychiatric illness during pregnancy and postpartum. Dr. Morrison believes it is very important for women to understand available treatment options and works with her patients to develop an individualized treatment plan at this critical time in life.